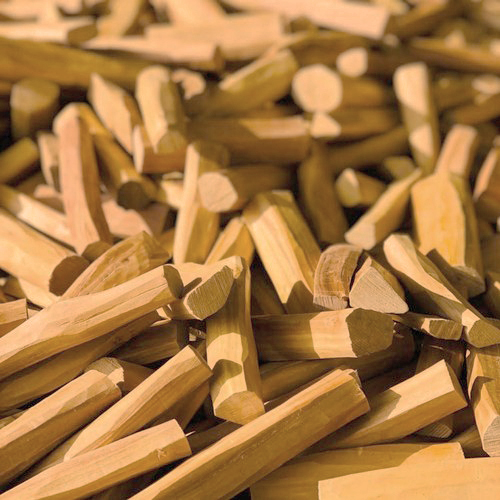 Sandalwood is one of the most potent smelling botanicals in the world. It has its legend as the sweetest woody scent on earth. It is cherished as the quintessence of fineness, rendering the aroma even to the axe that slashes it.

As incense, Sandalwood is used to accompany prayer and help connect one to the great mystery of life. It has been burned in Buddhist, Hindu, Taoist, Sufi and many other spiritual traditions. The sandalwood tree is greatly esteemed in the Vedic texts of India for its sacredness. In ancient Buddhist tradition, sandalwood has been celebrated as the perfect meditation tool for thousands of years. Buddhists believe that the scent of sandalwood can help maintain alertness and focus during meditation. It is one of the most common incenses found burning in ancient Hindu and Buddhist temples around India and Tibet as it is believed to bring one closer to one’s divine nature.

Sandalwood has also been used for ages in many traditional healing systems including Ayurveda, Chinese, Tibetan and Egyptian medicine for its calming effects on the nervous system. It is known for clearing the mind and bringing calmness to the entire being, while promoting inner peace and feelings of greater unity.

The Sandalwood oil we use in our incense is the highest quality Mysore
Sandalwood produced in the state of Karnataka in India that stands out
for its woody, sweet and lingering fragrance. Almost all of it is older
stock sourced from mature sandalwood trees as there is very little of
fresh production coming to the market that meets our quality standards.